[As members of the Architectural Computational Design + Construction Cluster (ACDCC) converge to look inward, to ‘bend in,’ to reassess our priorities and formulate our collective identity and impact, Gradient: Feed #2 captures these discursive moments of exchange. Gradient will be our way to lean outward, to spark conversations and debate, and highlight our priorities.]

Inflections is a series of contributions on topics pertaining to the role that technology plays in relation to how we conceive, build, experience, and teach architecture. Computational design, digital fabrication, AR/VR/XR, and AI have all matured enough to inscribe their own disciplinary modalities within the design fields. The related technologies in these domains of production have had a profound impact on the discipline of architecture and our built environment. The influence of these technologies and their associated systemic practices in diverse facets of everyday life is palpable, ranging from innovations and discoveries that benefit society in health and social networks to how we work and spend our leisure time. This Gradient feed, with contributions and curations by members of the Architectural Computational Design and Construction Cluster (ACDCC) at Taubman College, reassesses the principles and modalities by which we employ technologies for design to characterize our ethos, habits, and ambitions. The ‘angle’ of each feed—bias, oblique, and parallel—will offer up opportunities to express inflections in our current thinking and production. These inflections, underscore our preoccupations, range, mood, attitudes, and pitch.

1
—Grammar: a change in the form of a word (typically the ending) to express a grammatical function or attribute such as tense, mood, person, number, case, and gender.
—the process or practice of inflecting words.
2
—the modulation of intonation or pitch in the voice: she spoke slowly and without inflection | the variety of his vocal inflections.
—the variation of the pitch of a musical note.
3
—chiefly Mathematics a change of curvature from convex to concave at a particular point on a curve.

Origin: late Middle English (in the sense ‘the action of bending inwards’): from Latin inflexio(n), from the verb inflectere ‘bend in, curve’ (see inflect)

from the New Oxford American Dictionary 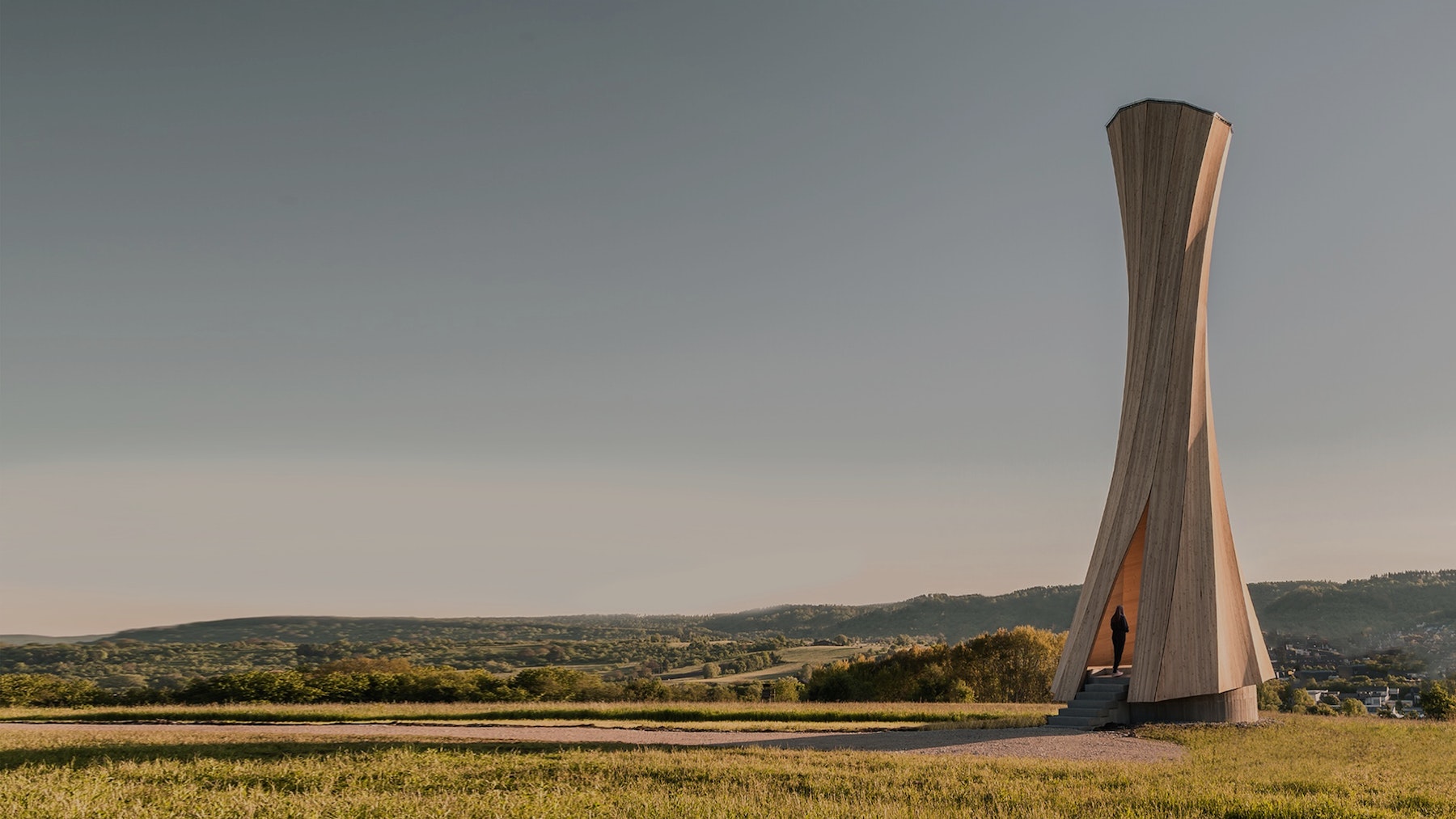 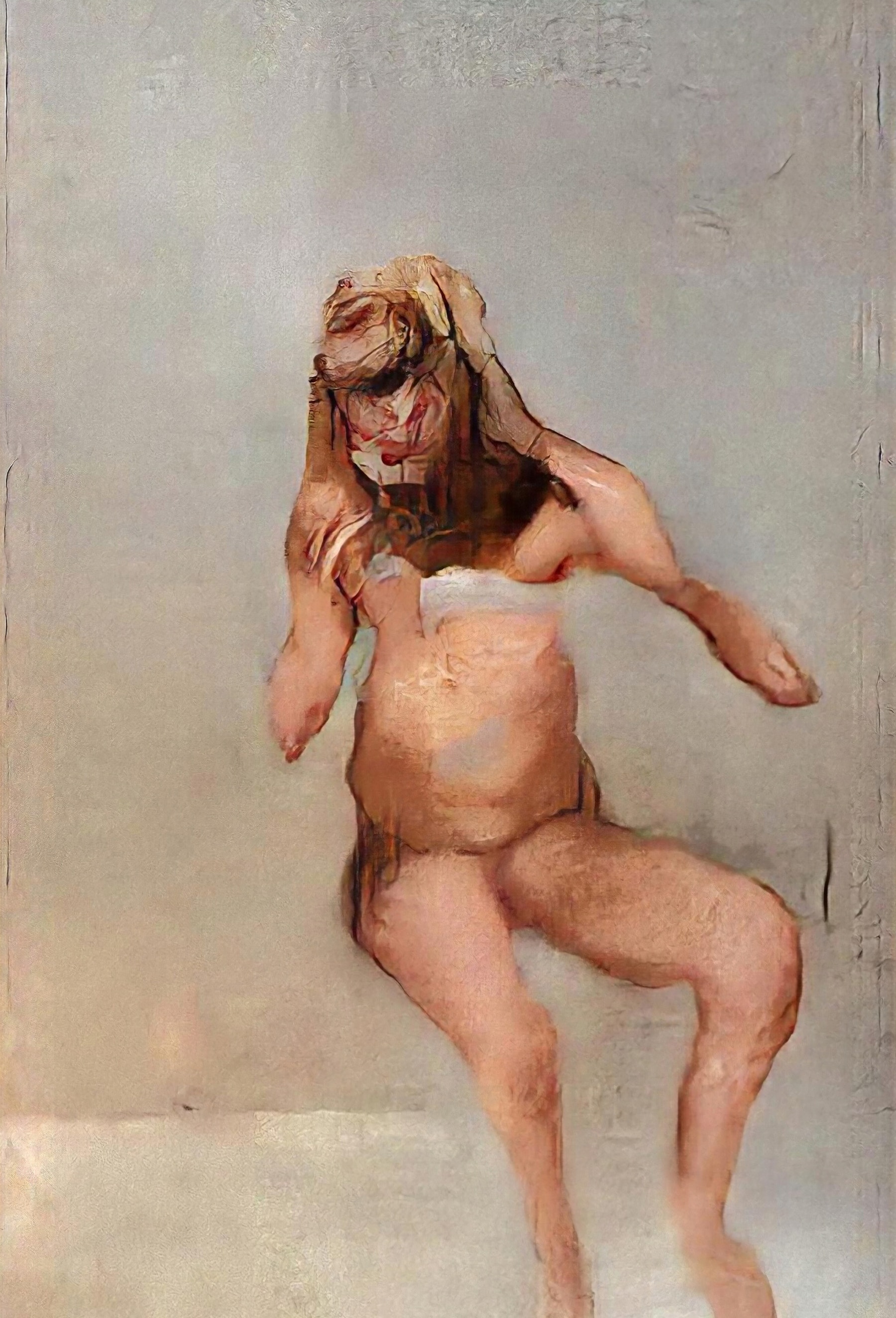 Read the article: The Other Emergency Workers: Cement Manufacturers in the Lehigh Valley 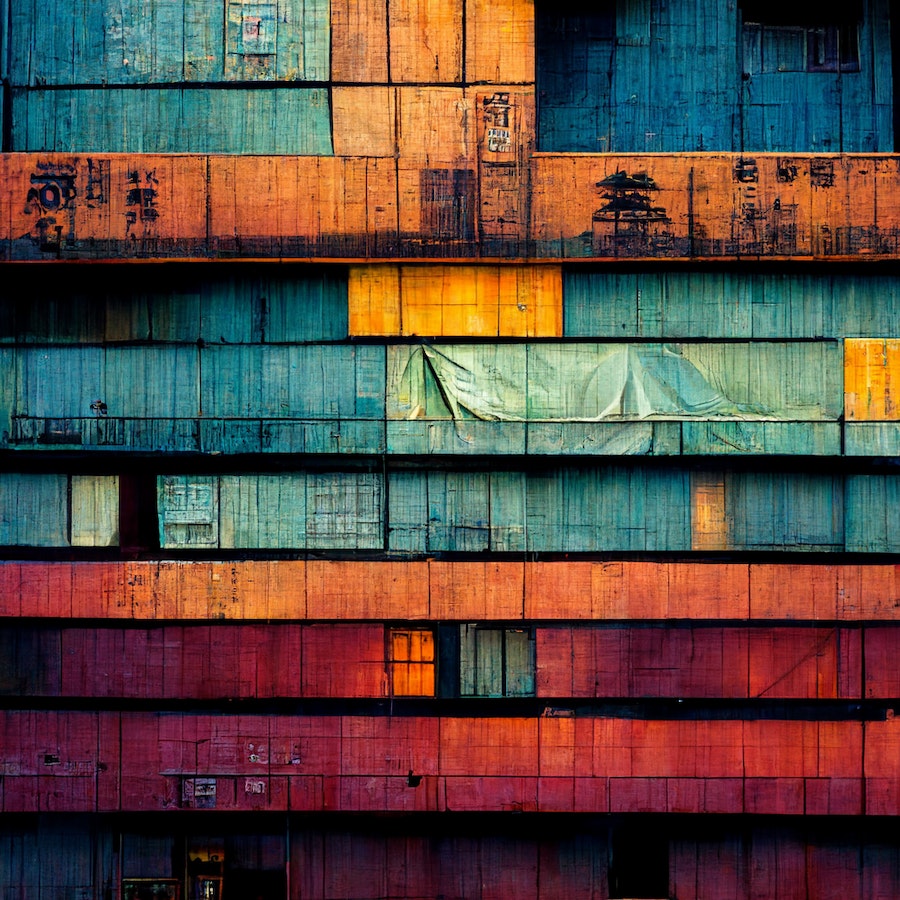 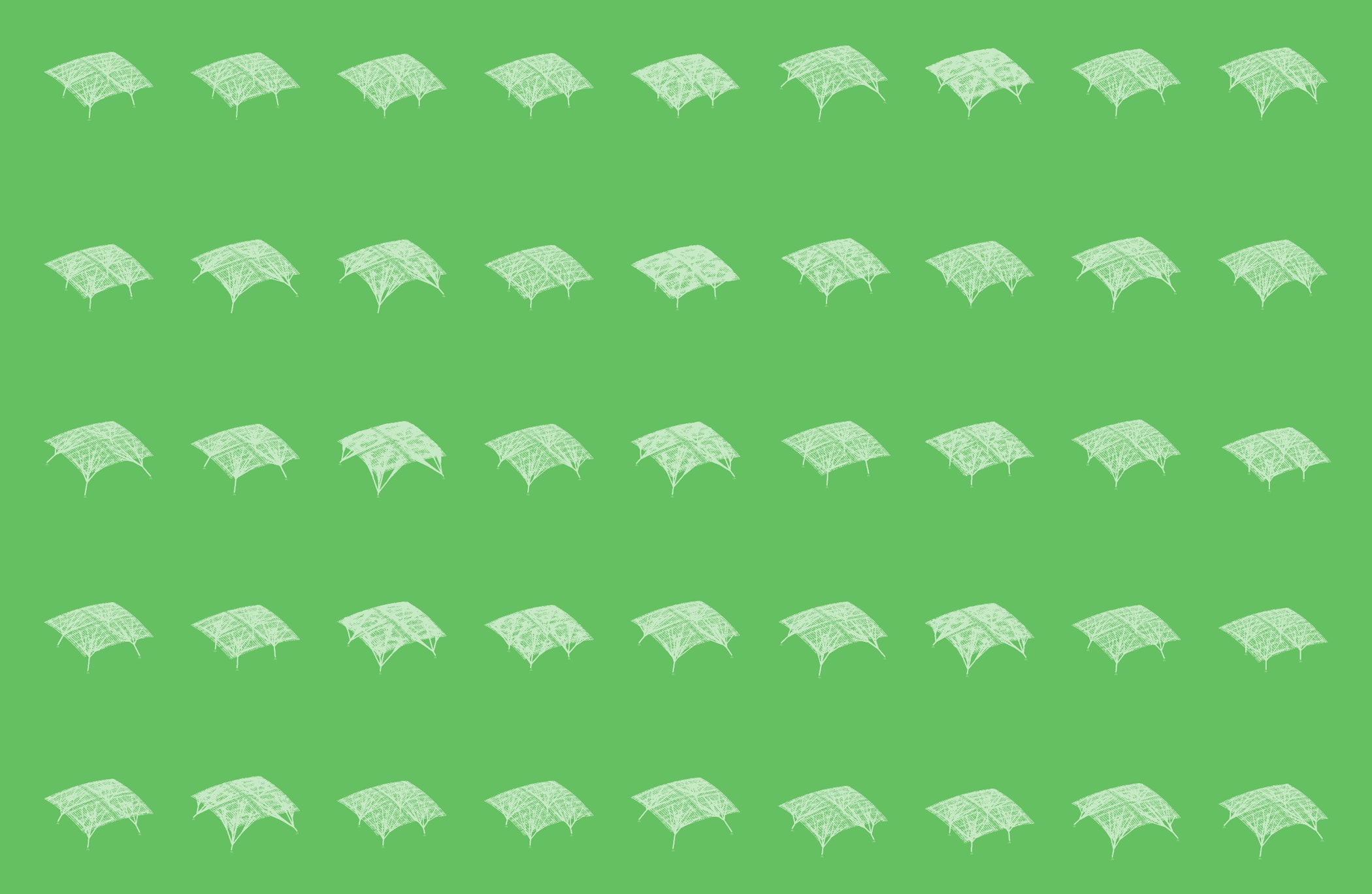 Consider the 91.5x2.75x2 in. Crown Molding in Unfinished Beech, available for $25 at Home Depot. Upon installation, your dining room is magically charged with allusion to a broadly cast notion of western culture, recalling the neoclassical cornice, and its Renaissance, Roman, and Greek antecedents. Shaped to cast shadow from an absent Mediterranean sun, the sectional figuration reflects the physical constraints of chiseled tufa stone, later translated through those of plaster application, and then the factory wood mill. This piece of off-the-shelf trim constitutes the material sediment of millenia of collective labor practices, and their attendant social and cultural constructions. Today, crown molding is attached via finish nail to gypsum wallboard, nominally dimensioned to 4’×8’ to align with light-frame construction beyond. This 4’×8’ dimension, and subdivisions thereof, regulates scores of additional building products, logistical practices, factory floors, bodily configuration, spatial patterns, and the habits of life within. The material assemblies that constitute architecture encapsulate, enforce, and inflect a rich aggregation of social, historical, cultural, and political concerns.

Architecture likewise participates in the assembly of people. The spatial configurations and material articulations of the built environment implicate the aggregation of groups, audiences, mobs, publics and counter-publics; even while architecture’s embedded ideologies too often reinforce biases that exclude, segregate, and pull apart. Always an inexact endeavor, the capacity of built form to constitute this kind of human assembly is a recurrent fascination in architecture, from Constructivist social condensers to contemporary speculation on new forms of human and non-human collectives. Meanwhile, behind the scenes, the production of the built environment entails the assembly of human labor—from the designer to the pipefitter—in unions, corporations, professional organizations, and other forms of collectivity, indenture, and solidarity.

This first Gradient is titled Other Assemblies. Here, we explore the resonance of the term assembly—the material, the socio-political, and the complex interrelationships between those milieus—in contemporary architecture at Taubman College and beyond. The collection begins with contributions that examine a swell of recent work newly interested in tectonics, or the aesthetic, symbolic, or expressive capacities of material assemblies, joints, and joinery. In this vein, Mireille Roddier surveys projects from the Research Through Making grant program (2009-2018), looking for evidence of what she calls “critical contemporaneity” in the digital tectonic. Her identification of  “heretofore unexplored ends” embedded within the digitally-enabled assemblies she analyzes begins to suggest novel tectonics as a means of world-making. Laida Aguirre and Meredith Miller talk about tape, nuts, the “aesthetics of disassembly,” and other topics. If prior visitations of tectonic fascination have attended elite or rarified material cultures, these “temporary tectonics” of imprecious materials might suggest other material cultures of the subaltern or the unauthorized. Matthew Au and Mira Henry of the Los Angeles-based Current Interests have contributed a meticulously assembled Miro board, containing a panoply of ruminations on physical assembly. Recalling Richter’s Atlas or Warburg’s Mnemosyne, the work confuses digital and analog joinery, while leveraging a platform that has organized the assembly of labor for so many of us in the past year.

Extending the labor thread, Daniel Jacobs interviews Peggy Deamer. The two revisit Deamer’s early work on form, aesthetics, and the architectural detail, and discuss how these interests have informed her thinking on subjectivity, politics, and the organization of labor in architecture. John McMorrough then reprises the development of the Situation studio at Taubman College, the third studio in the first year core of our Master of Architecture. Evolving from a studio that focused on the “unresolvability” of format and function, to one about programming and emergent publics, to its most recent iteration that—among other topics—meditates on the simultaneous assemblage of people and things. Finally, Steven Lauritano re-reads former Taubman faculty member Labelle Prussin’s analysis of the tent architecture of the nomadic African Gabra culture. Labelling the work “tent-tonic,” Lauritano builds on Prussin to discuss how tent assembly and disassembly embed and reinforce the construction of gender and female solidarity for the Gabra culture.

As an online journal that aspires to lean in to the potentials of digital media formats, Gradient is organized in “feeds” rather than “issues.” The journal intends to identify and elevate nascent disciplinary conversations at Taubman and beyond. These feeds might be semi-defined topics, compelling misfits, or fragments of latent conversations: dim when first launched, but clarified over time.  Each feed will remain active after its launch, welcoming responses and submissions in any format—image, video, text, and more. The conversation will stay active until it resolves itself, loses relevance, or just fades away into the endless digital ether—the Gradient.

Read the article: A Conversation about The Activist Mood and Architecture’s Ghosts 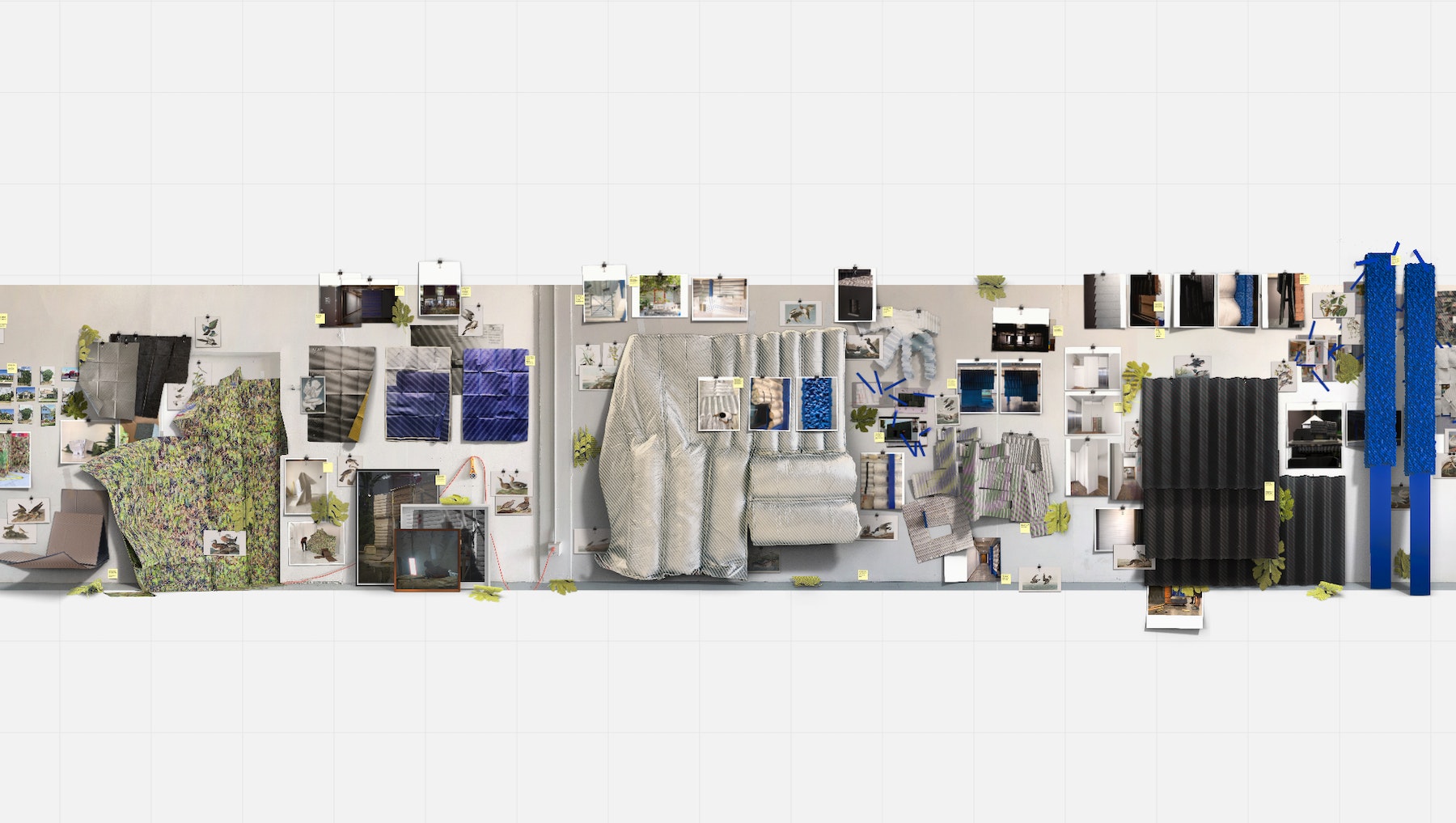 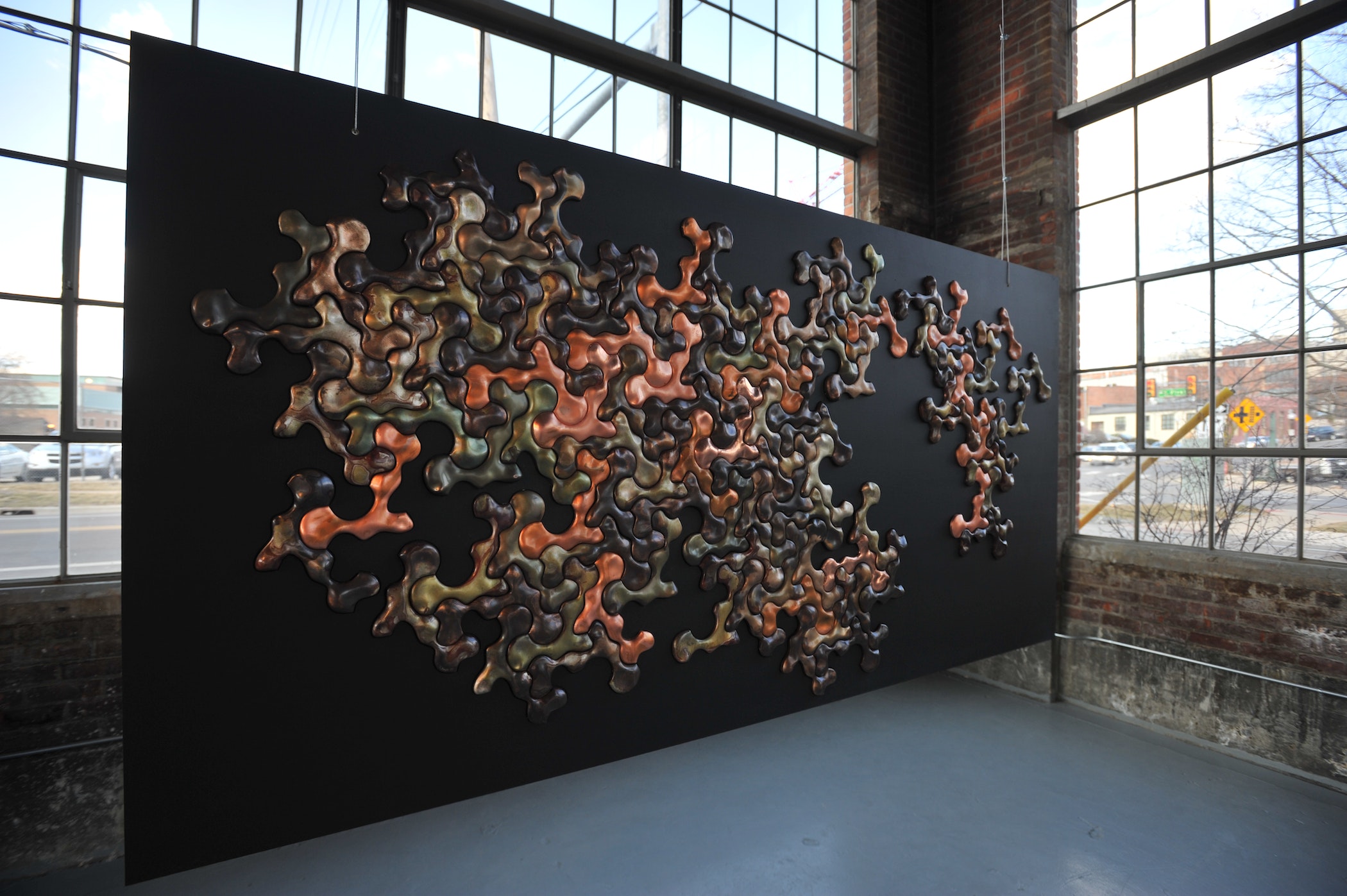 Read the article: TECTONIC TILES: Research Through Making Experiments Towards a Critical Contemporaneity 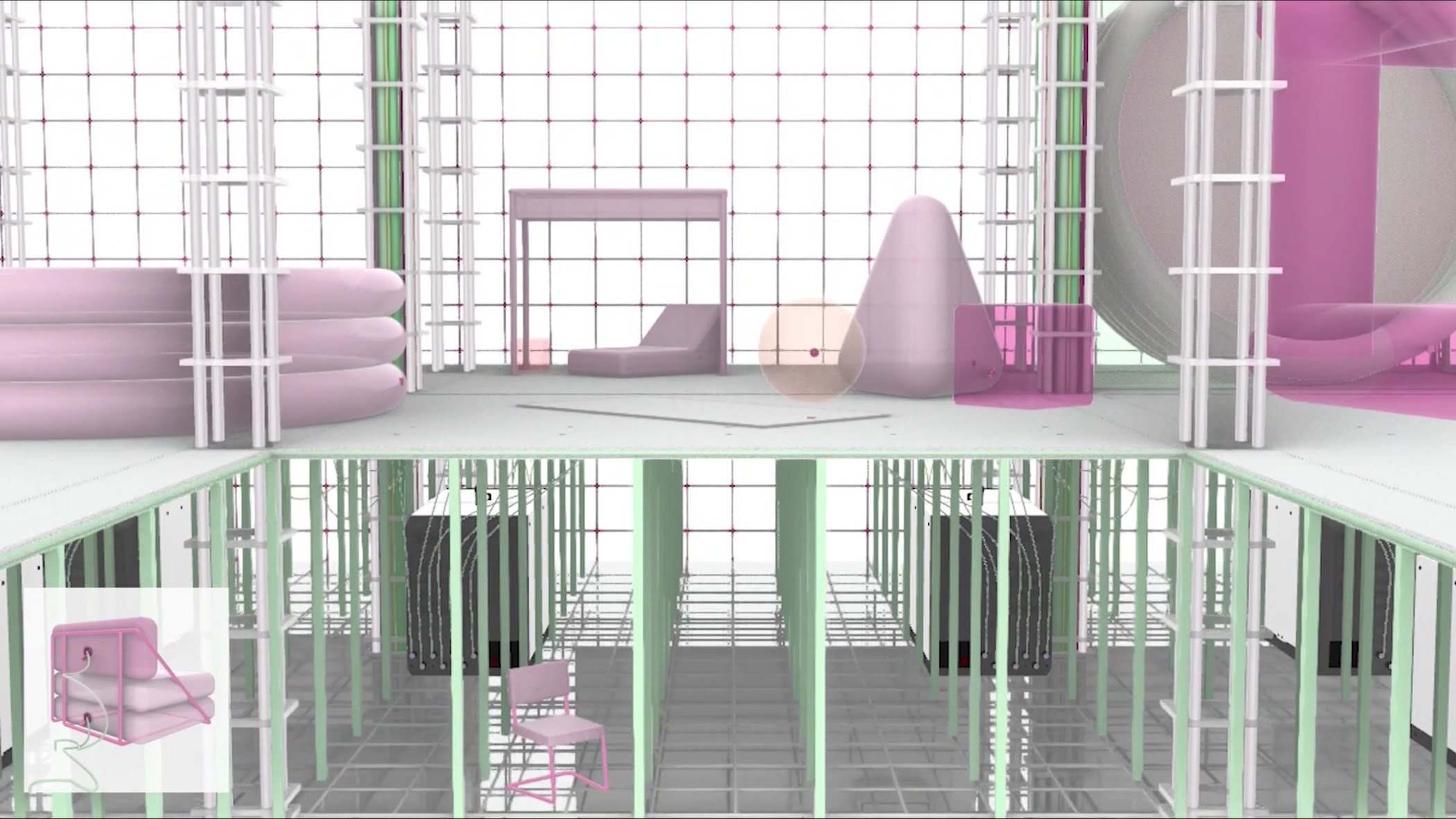 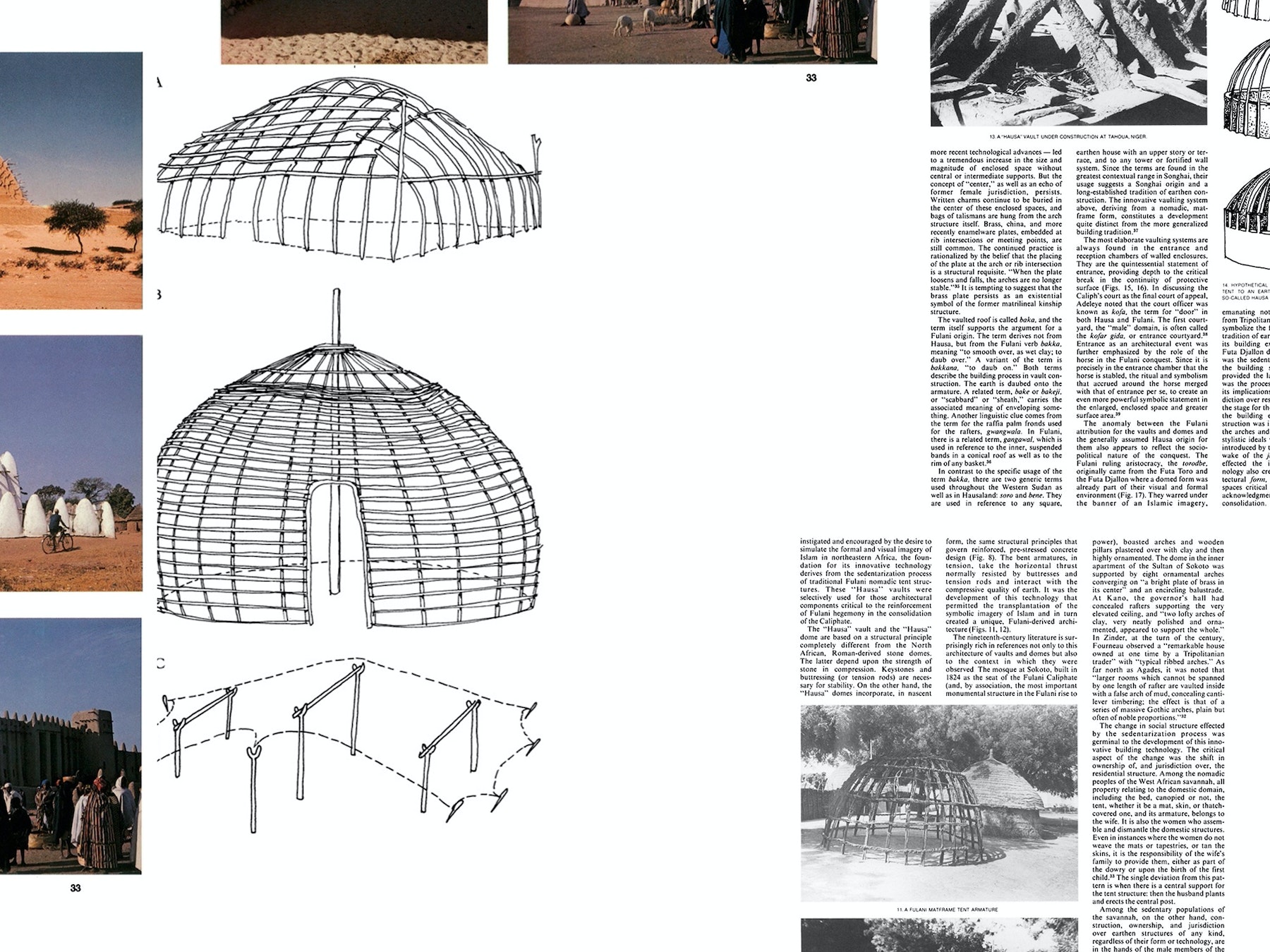 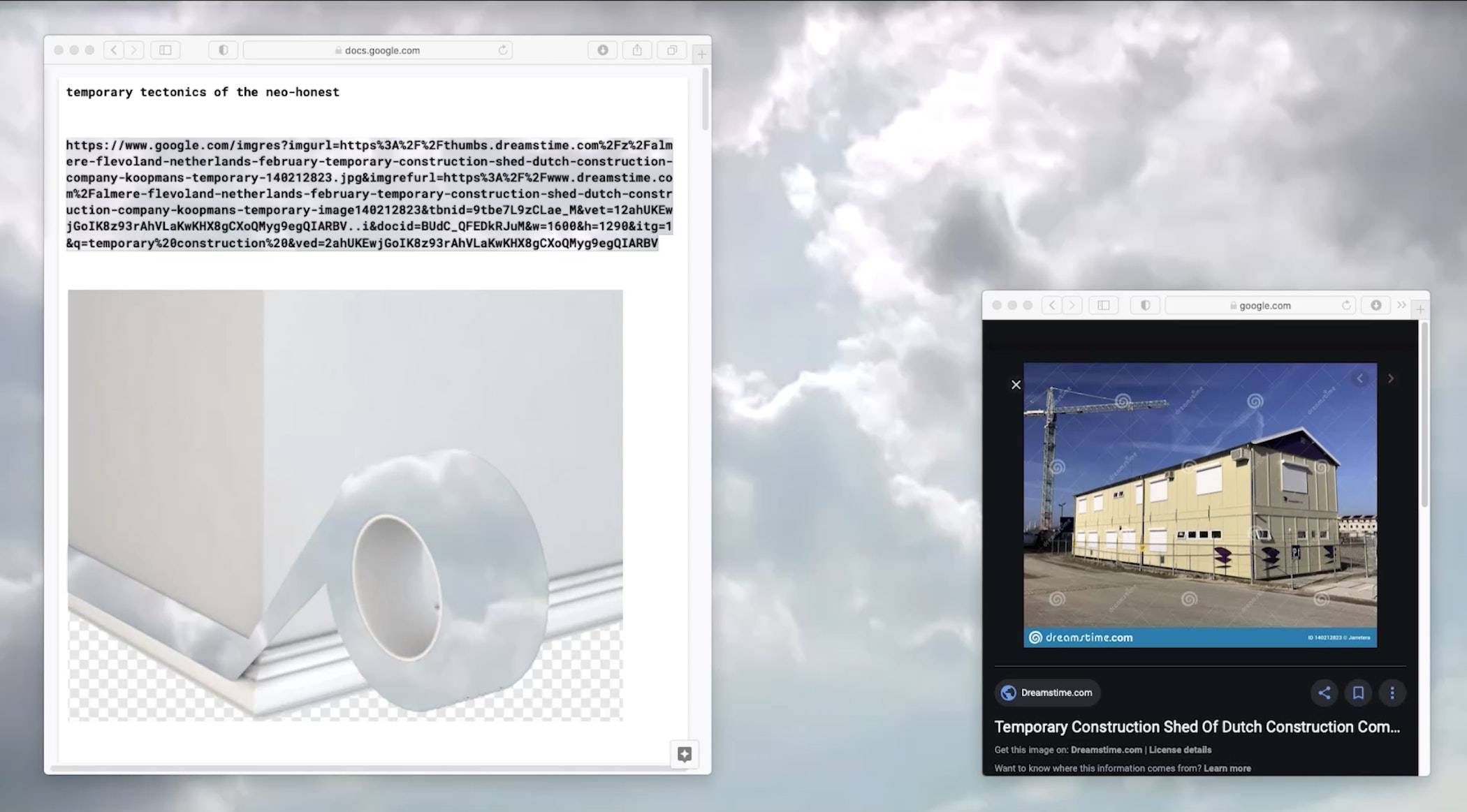 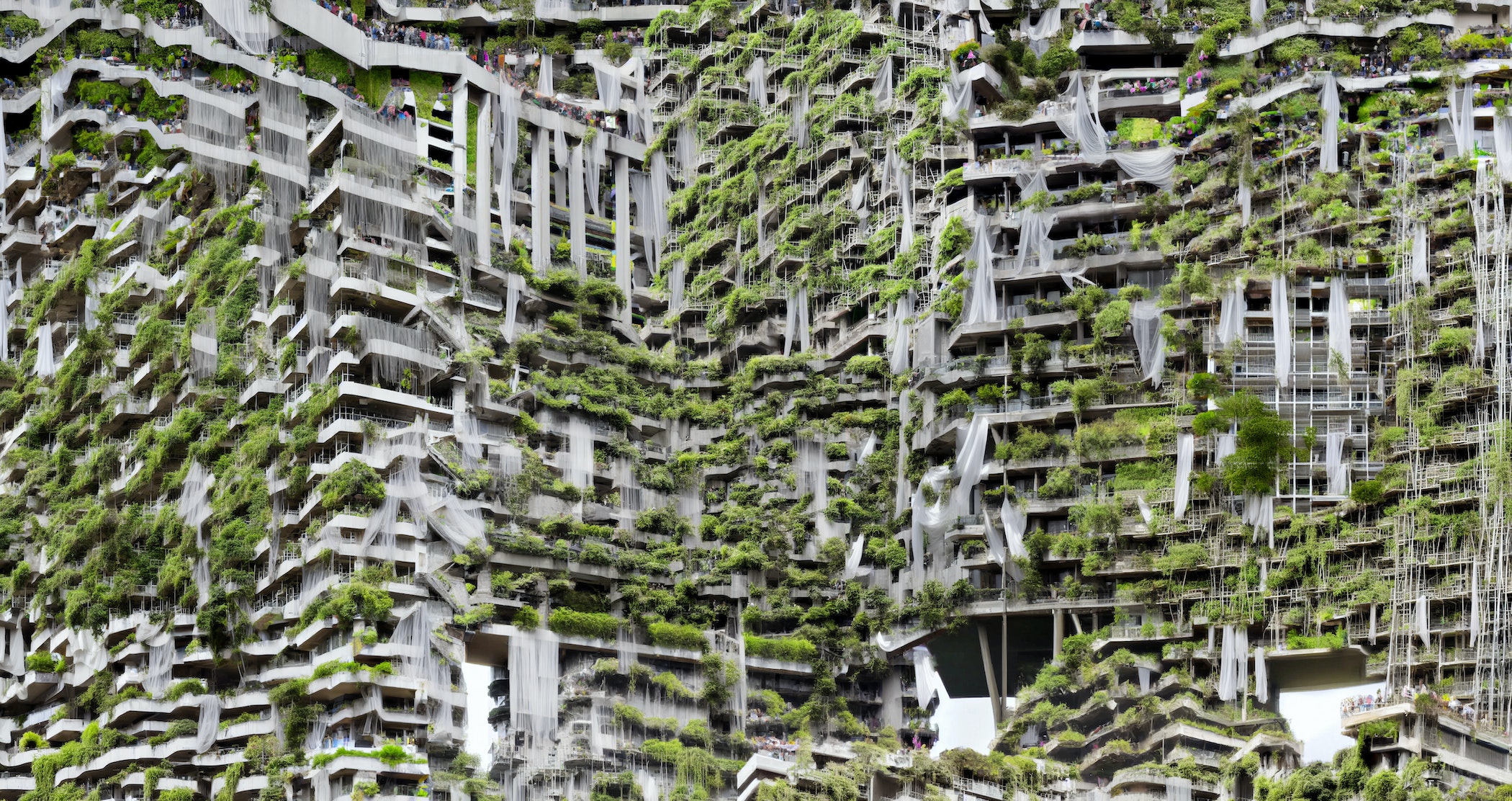